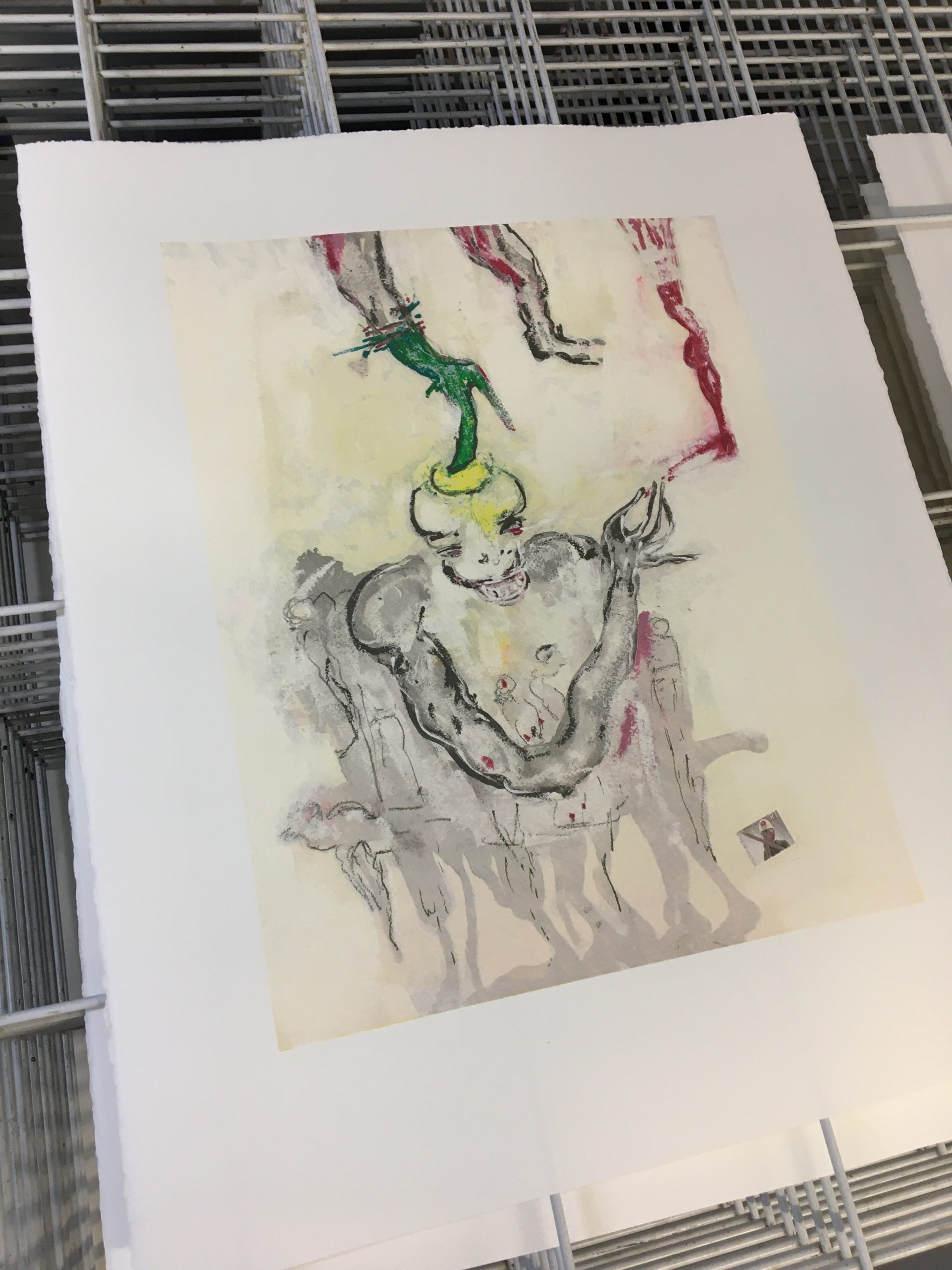 Self-taught artist Dominique Zinkpè (b. 1969) is one of Benin’s most celebrated exports, who enjoys global acclaim for his idiosyncratic style and complex, multidisciplinary expression. His work interrogates, highlights and satirises ideas drawn from his context, his Beninese heritage providing a rich inspiration and visual language. The country’s history, pre and postcolonial; the influence of Catholicism, Animism and indigenous traditions; as well as the dynamics of contemporary culture; combine and resist one another, illustrating a simultaneous celebration of diversity and its inherent, unresolved tensions. The tensions that load his work are not purely external, but also speak of the inner struggles of the human condition, with hybrid figures embodying a push and pull between two states – human/animal, living/dead. This is demonstrated in his 50ty/50ty screen print, Alumeuse (Tease), where “frivolous pleasures” evoke a tension between intense satisfaction and utter ruin.
Zinkpè came to the attention of the international art world in 1993 when he was awarded the Young African Talent Award at the Grapholie in Côte d’Ivoire, followed by the West African Economic and Monetary Union (UEMOA) Prize at the Dakar Biennale in 2002. He has exhibited extensively, including solo shows across Africa, Europe and in the USA, and additionally in group exhibitions, workshops and residencies throughout the world. He also curated the inaugural IN-DISCIPLINE residency programme in Morocco, and he currently serves as the director of the Centre Arts et Cultures in Cotonou. 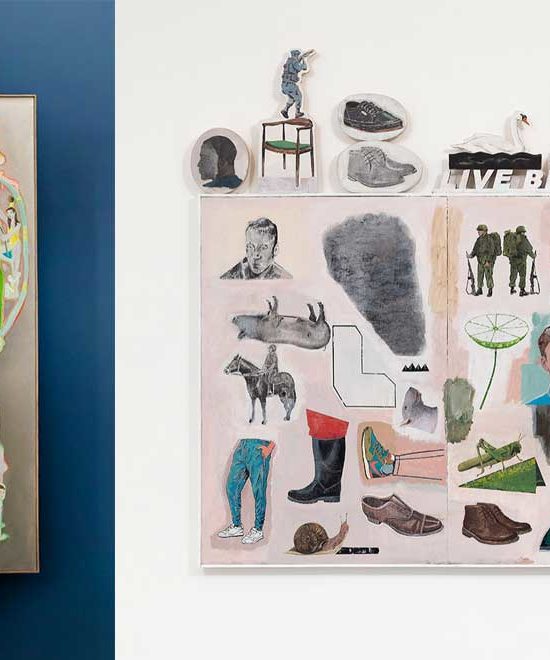 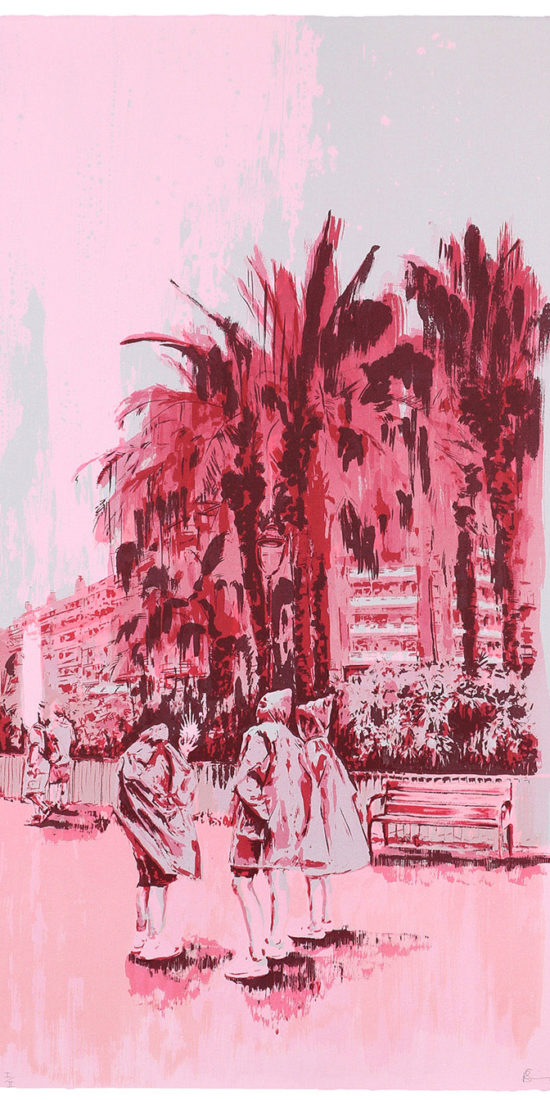 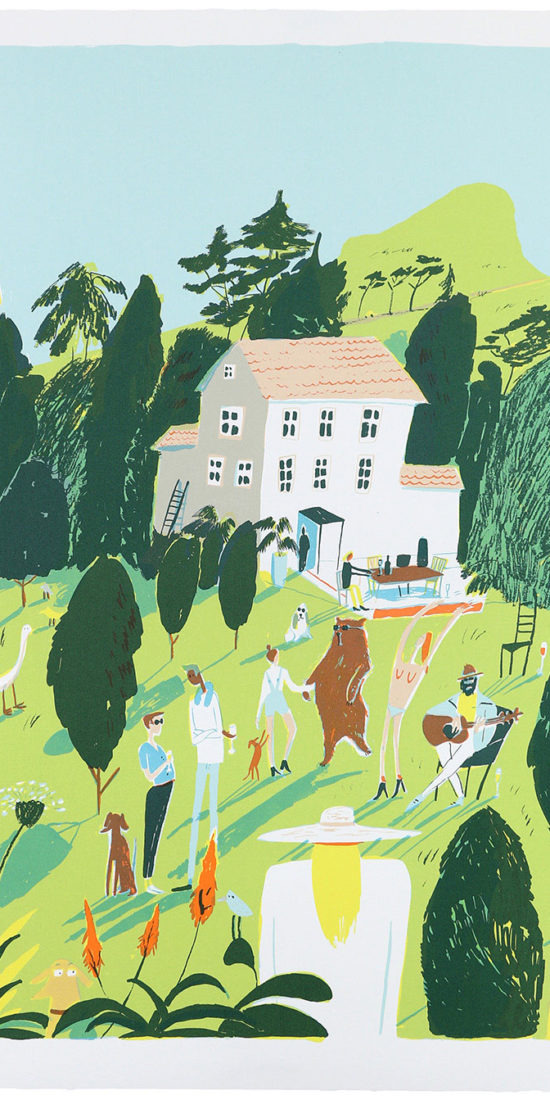